U of I atmospheric scientists lead international, $30 million field campaign

Atmospheric scientists at Illinois are headed to Argentina this November to lead an international team of researchers in a $30 million field campaign to research the most intense thunderstorms in the world.

As springtime rolls into Pampas, a vast plains region spreading from the foothills of the Andes Mountains in Argentina to the Atlantic Ocean in Brazil, the 50 million residents of the region will brace for the potentially catastrophic impacts of damaging winds, hail, torrential rain, and tornadoes. The frequency and intensity of rainfall and storms, however, make the South American region an ideal natural laboratory to understand storms around the world.

Led by U of I atmospheric sciences professor Steve Nesbitt, two sister projects, Remote sensing of Electrification, Lightning, And Mesoscale/microscale Processes with Adaptive Ground Observations (RELAMPAGO) and Clouds, Aerosols, and Complex Terrain Interactions (CACTI), will consist of 160 scientists from around the world. It will be the largest land-based atmospheric sciences campaign ever conducted outside the US.

“Over the past five years, the region has experienced devastating floods with dramatic impacts on agriculture. The models developed by our team will provide these communities with tools to improve flood predictability and water resources management,” said U of I atmospheric sciences professor Francina Dominguez, who is leading the joint project’s hydrometeorological effort.

With funding from the National Science Foundation, the study will deploy two additional radars, including a truck-mounted radar called the C-Band on Wheels that is even more powerful than the Doppler on Wheels radar systems commonly seen in storm chasing videos.

A new, state-of-the-art Vaisala C-Band dual polarization radar on loan from Colorado State University will also be deployed, with its operation supported by Illinois staff and students for a three-month observation period.

“Beyond the exciting science we can do with such a comprehensive dataset in a unique location, this radar deployment is a first for our department, which now has the capability to deploy and operate large meteorological instrumentation anywhere in the world,” said Nesbitt.

The team will observe the environments around storms—thought to be important in dictating how storms develop—through rapid-fire weather balloon launches, mobile weather stations, and instrumented vehicles that capture the small-scale weather patterns surrounding the storms. A Department of Energy instrumental aircraft will observe conditions within the very early stages of developing storms, and, later, it will observe conditions surrounding the weather patterns when the storms become too dangerous to fly through. 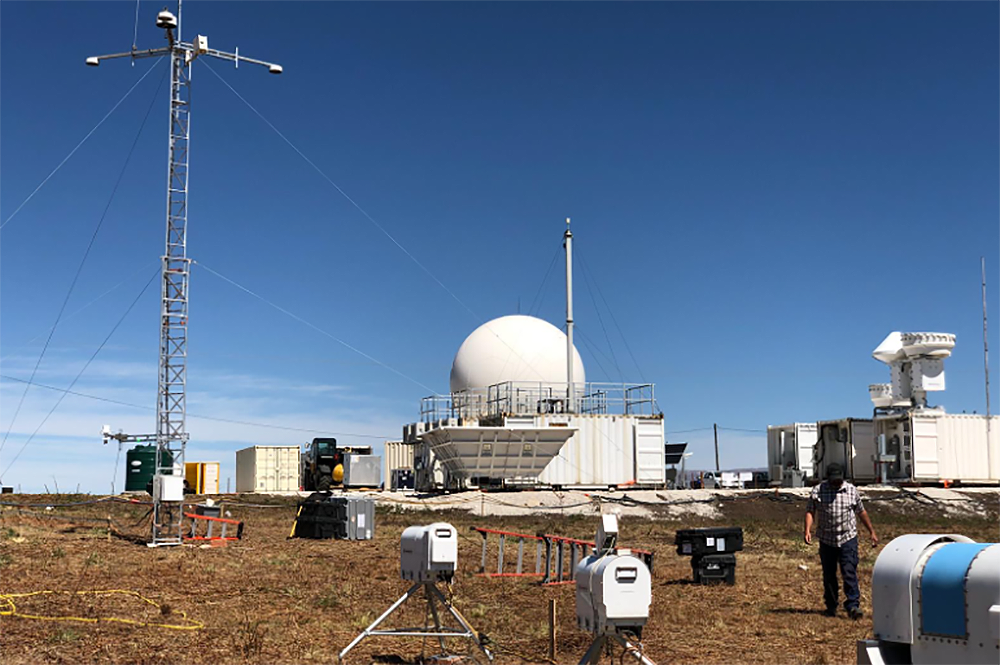 The Department of Energy CACTI site is up and running and set to observe cloud-aerosol-precipitation interactions in Valle Calamuchita in Argentina. (Image courtesy of DOE ARM.)

Continuous three-dimensional lightning instrumentation from NASA will allow examination of the storm characteristics and electrification to improve understanding of why Argentine storms produce copious lightning. As the intense precipitation falls on land, a “flood chasing” team will measure streamflow in the rivers. In addition to characterizing the storms, unique hydrometeorological measurements of land-atmosphere exchanges and river discharge will help improve models’ predictability of extreme flooding.

“The incredible amount of hail that these storms can produce is mind-blowing, and cause an immense amount of damage,“ RELAMPAGO hail researcher and U of I atmospheric sciences professor Deanna Hence said. “We will use the comprehensive set of observations to see what special mix of ingredients makes these hailstorms so intense.”

A team of forecasters from Argentina, Brazil, and the U.S., including Illinois students, will provide twice daily weather briefings to the project’s investigators to help in the planning of the experiment’s daily observational strategies.  A separate forecast team will help with “nowcasting” short term weather changes so that observational strategies can be optimized as storms go through their evolution.

RELAMPAGO-CACTI has opened new avenues of scientific collaboration and societal outreach between the U.S. and Latin America.  The beginning of the project will feature a casa abierta (open house) where the general public near the base of operations will be given facility tours and demonstrations in Spanish by the principal investigators to gain appreciation for the instrumentation involved.

The project has required a high level of organization from principal investigators at Illinois.

“There’s a lot of coordination that needs to be done between the different institutions that play a role and therefore, frequent meetings are essential for us to know what, how, and when we’re going to measure, and where we’re going to deploy the instruments to effectively sample the phenomena we’re interested in” said Paloma Borque, an atmospheric sciences research associate at U of I involved with the project. “So there’s been a lot of planning happening over a period of years before the field campaign actually starts, to make this very successful experiment.”

Nesbitt said the results of the project will advance understanding of deep convective clouds such that the forecast models that predict them are improved.

“Predictions of the role extreme thunderstorms play in the climate system will also be addressed through careful examination of the models we use for prediction with the comprehensive data set we collect in the project,” he said.

Watch a video about the RELAMPAGO-CACTI project.

Heather Schlitz and the Department of Atmospheric Sciences 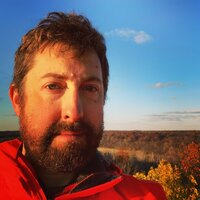