Clearing up a cloudy question

02/27/18
Illinois professor Bob Rauber, far right, University of Oklahoma (and former U of I) professor Greg McFarquhar, third from left, along with students from both universities, pause for a photo in Hobart, Tasmania, an Australian state. From there they studie

Encircling Antarctica, the Southern Ocean is a strange and beautiful place. Full of penguins, icebergs, giant squids, and beset by intense storms, even its clouds are brighter—really. It helps explain why Bob Rauber and Sonia Lasher-Trapp, professors of atmospheric sciences, were recently flying over the area in a research plane.

The Southern Ocean, which touches the southern points of Australia, South America, and Africa, is key to the multi-agency SOCRATES project, or the Southern Ocean Clouds, Radiation, Aerosol, Transport, Experimental Study. Rauber, Lasher-Trapp, and U of I students are playing a key role in this important effort to better understand the atmosphere.

“The Southern Ocean is a very unusual place meteorologically, in the sense that there are no land masses that affect the clouds,” Rauber said. “There’s not a lot of interaction with natural land sources or any human sources of particles.”

Aside from the lack of natural land sources and human sources of particles, there’s something else about the clouds above the Southern Ocean that makes them special, too— they’re much brighter. According to satellite data, the clouds have a greater albedo, or a greater reflection property, than the clouds found in the Northern Hemisphere.

Accurately interpreting this energy balance is crucial in predicting how Earth’s climate will change.

“We want to have as accurate as possible estimates of what our climate will be, and the clouds turn out to be one of the most important things you have to get right. If you’re not going to simulate the cloud’s reflective properties right, you’re not going to get the climate right because 70 percent or more of the atmosphere is covered by clouds,” Rauber said. “Clouds both reflect the energy back to space and they act as a blanket on thermal energy that’s emitted by the Earth, called the Greenhouse Effect. So both the reflection of energy back to space and the trapping of thermal energy near the Earth’s surface is due to clouds. To accurately simulate future climates, you have to accurately simulate clouds.”

Rauber said it’s imperative to step back and think of how clouds form in the first place. 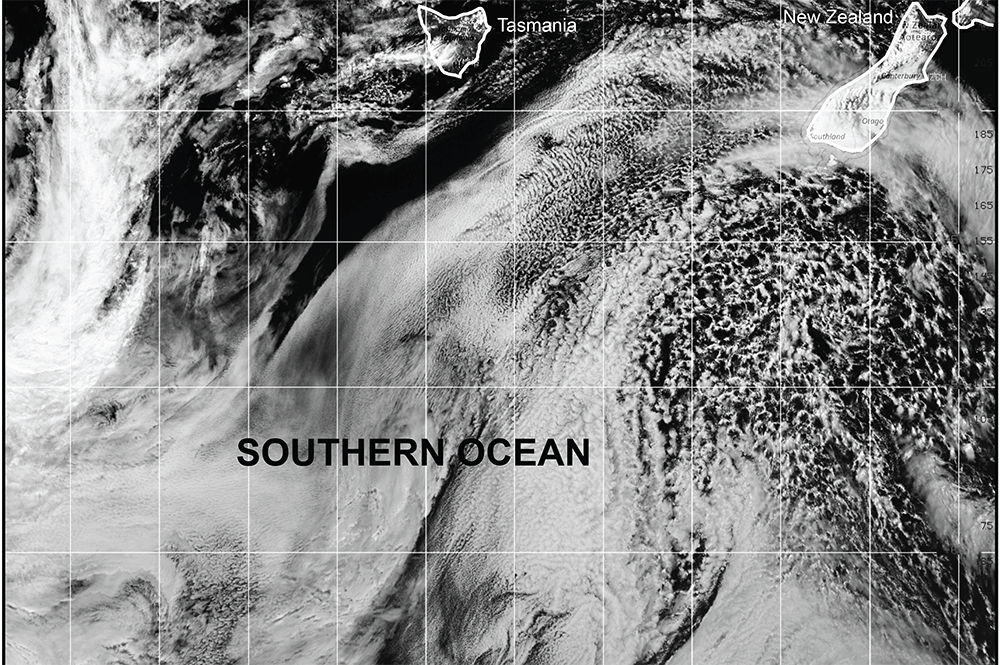 U of I atmospheric scientists studied bright clouds over the Southern Ocean. (Image courtesy of Bob Rauber.)

“Every single ice particle that forms in the atmosphere, whether it turns into a snowflake or whatever, forms on a foreign particle. In other words, there’s some particle at the center of each ice crystal which is not ice. It is typically a mineral, and these are called ice nuclei,” Rauber said.

Ice nuclei have few natural sources near the Southern Ocean, due to the lack of landmasses and human activity. This means clouds in the region mainly form from other particles, called cloud condensation nuclei, such as salt from the ocean.

Clouds forming mainly on cloud condensation nuclei instead of ice nuclei might be causing the cloud to be “supercooled,” Rauber said. He explained that most people think water freezes at 32 degrees Fahrenheit or 0 degrees Celsius, but that’s not true. Water doesn’t freeze at those temperatures, but ice does melt at those temperatures.

“Water will freeze at a temperature of -40 degrees Celsius, but at warmer temperatures, between 0 and -40, water won’t freeze unless one of those foreign particles is there,” he said. “You can get water that is supercooled, below 0 degrees Celsius, that’s still in a liquid state.”

Rauber said the presence of supercooled water near the top of clouds may be behind the observation of brighter clouds over Southern Ocean.

“At the tops of these clouds, it can be quite cold, -20 and -30 degrees Celsius, yet consist of supercooled water rather than ice particles,” he said. “And if it’s supercooled water, there’d be lots of tiny drops. If you look at a cloud, they’re pretty bright, right? Well, if the clouds are composed of ice crystals, the light penetrates further down into them and they look darker. If they’re supercooled water, the water drops reflect a lot more energy back to space.”

Rauber, Lasher-Trapp, and the rest of the SOCRATES team are collecting data on the makeup of these clouds, which is the first research of its kind.  Different probes and measuring tools are attached to the team’s plane, which flies into and above the Southern Ocean clouds to collect data on the different particles and distribution of ice and water in the clouds.

“We’ve seen a lot of interesting data that I think confirms a lot of what the satellite is seeing,” Rauber said. “Our next job really is to put the physics behind the observations and come up with ways to best parameterize these clouds for future calculations.”

The Illinois team will primarily analyze the microphysics data collected in the clouds, which means they will look specifically at the microstructure of the clouds. 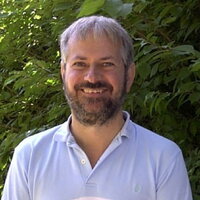