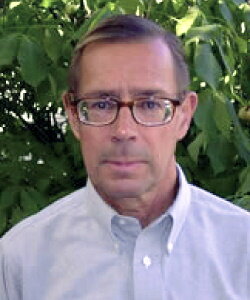 A focus of our research is polar climate, including its variability and trends. The Arctic is presently undergoing rapid climate variations, which are apparent in the well publicized shrinkage of sea ice, melting of glaciers, and ecological responses to the widespread warming. Are these changes attributable to anthropogenic factors such as increasing greenhouse gas concentrations, or are they primarily natural variations that are characteristic of a climate that is not changing systematically? We are contributing to efforts to answer this key question by studying polar climate data from various sources (weather stations, satellites) as well as output from climate models For example, one project is examining the relationships between polar cloudiness and the amount of energy that reaches the ground as solar and infrared radiation. We are evaluating the ability of climate models to capture the effects of clouds on the surface energy balance, because clouds will have a major impact on future climate change in the polar regions. We are also examining the sea ice coverage simulated by climate models for the past 50 years, together with the models’ predictions of sea ice coverage for the next 100 years. Because the recent retreat of Arctic sea ice is ahead of the pace projected by the climate models under scenarios of greenhouse warming, it is crucial to assess the validity of models’ simulations of sea ice.

A second focus of our research is on extreme weather (e.g., cold waves, heat waves, strong winds, floods, droughts) in the context of climate change. This research emphasizes climate-driven changes that will likely be more important for society than will changes of climate averages. Specifically, will the frequency and intensity of storms, heat waves, cold waves, droughts, etc. change as climate changes? Which regions of North America are most susceptible to such changes? The answers to these questions are far from simple, especially if the climate changes arising from greenhouse gases affect the atmospheric circulation, its preferred modes of variability, and its storm tracks. Our work on this topic includes the northern high latitudes as well as North America, with the United States as an area of particular interest. By bridging the study of weather and climate, this research complements the teaching of our popular undergraduate course on severe and hazardous weather.